The Hartford Inheritance by Jane A. Hobden introduces us to Kitty. Kitty’s world was turned upside down when she was a child, after her twin sister was taken into care. Her dad ended up leaving her and her mother, who had been very ill. Fast forward to age 26 and Kitty is still struggling. She never knew where Sarah ended up, and her mother passes away. Her boyfriend seems to be not good for her, but she is too sad to care about that. She has some close friends that she leans on and they see her through the death of her mom.

Randomly, she gets a call that she was the inheritance to Belford Hall. Since she has no one else but her friends, she decides to take a leap of faith, leave her old life behind, and start new at Belford Hall. It sits on some acreage, and the author describes the rooms perfectly. Soon, Kitty has eyes on a local farmer and generally loves being in Norfolk. Soon after moving in, she discovers a book called Hartford Place locked in a library drawer. Kitty dives in and learns so much about the Hall and it’s past, and about her own ancestors. She discovers that there are lots of sets of twins in her family line. She reads about a curse in the 1800’s and discovers that her ancestors also faced a lot of tragedy in their lives.

Will Kitty reunite finally with Sarah after all of these years? What’s the curse about?

This book is a great psychological thriller,  with so many twists and turns.  You really must read it for yourself so I don’t give it all away! 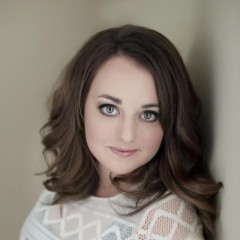 Don't miss a single post! You can unsubscribe at anytime.

Welcome! Grab a cup of coffee (or wine!) and stay while! Read More…

Don’t miss a single post!
You can unsubscribe at anytime.

This error message is only visible to WordPress admins You can unsubscribe at anytime.